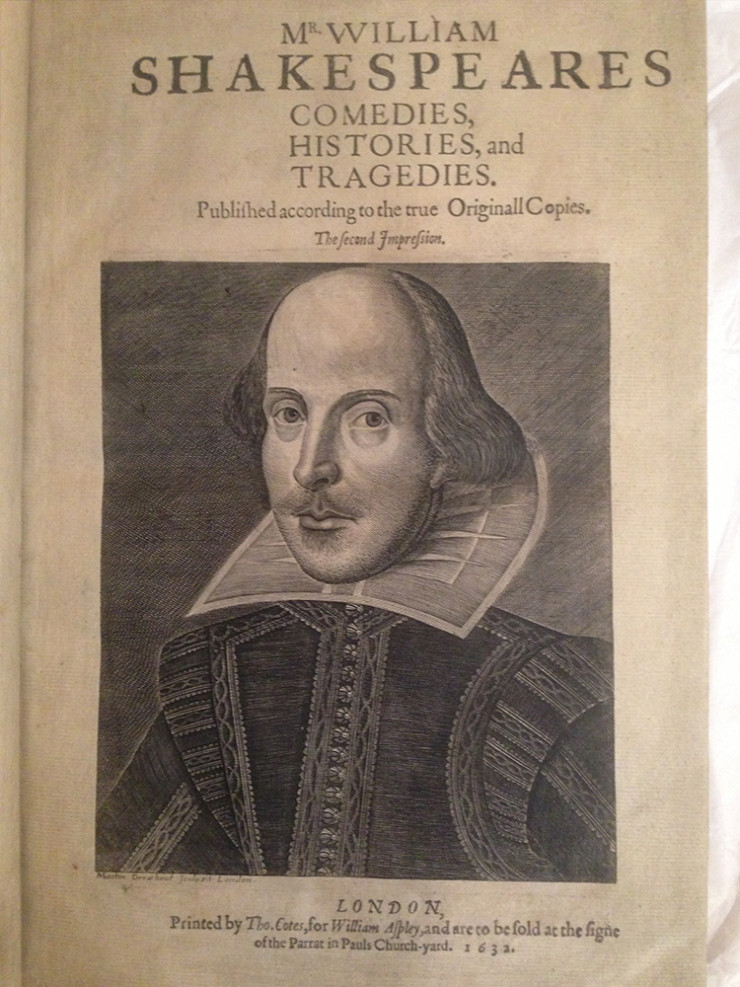 Simply put, Shakespeare is the most famous writer in the world and his works are a foundational component of any rare book collection. “Soul of the Age,” Shakepeare defined the modern temper, and his plays resonate with a universality that speaks to all mankind. Shakespeare furthermore had the largest recorded English vocabulary of any known individual; and this combined with their inherent literary excellence makes Shakepeare’s collected plays “incomparably the most important work in the English language.”

The Second Folio is a page-for-page reprint of the First Folio published in 1623. It was a joint printing enterprise undertaken by a consortium of five booksellers, each of whom owned the copyright to some number of Shakespeare’s plays. In measure of their degree of copyright ownership, each of the participating booksellers was apportioned a set number of copies printed with their name on the titlepage — the Allot imprint on the titlepage being the most common, and the Aspley imprint decidedly one of the rarest.

The Second Folio, however, is yet something more than a reprint. It has its own distinctive  claim to fame for containing the first printing of a commemorative poem absent from the 1623 first edition: “An Epitaph on the Admirable Dramaticke Poet, W. Shakespeare” — the first published work by England’s greatest epic poet, John Milton.

While The First Folio of 1623 is unquestionably “The Holy Grail” of English Literature, its extreme rarity in private hands realistically makes The Second Folio the earliest obtainable form of Shakespeare’s collected plays for almost all collectors. And given, further, that a complete First Folio would now command some $10 million in commerce, The Second Folio represents a most attractive alternative – and good value — for the collector. 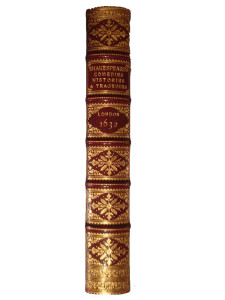