Home
Our Collection
All
STIEGLITZ
THE STEERAGE 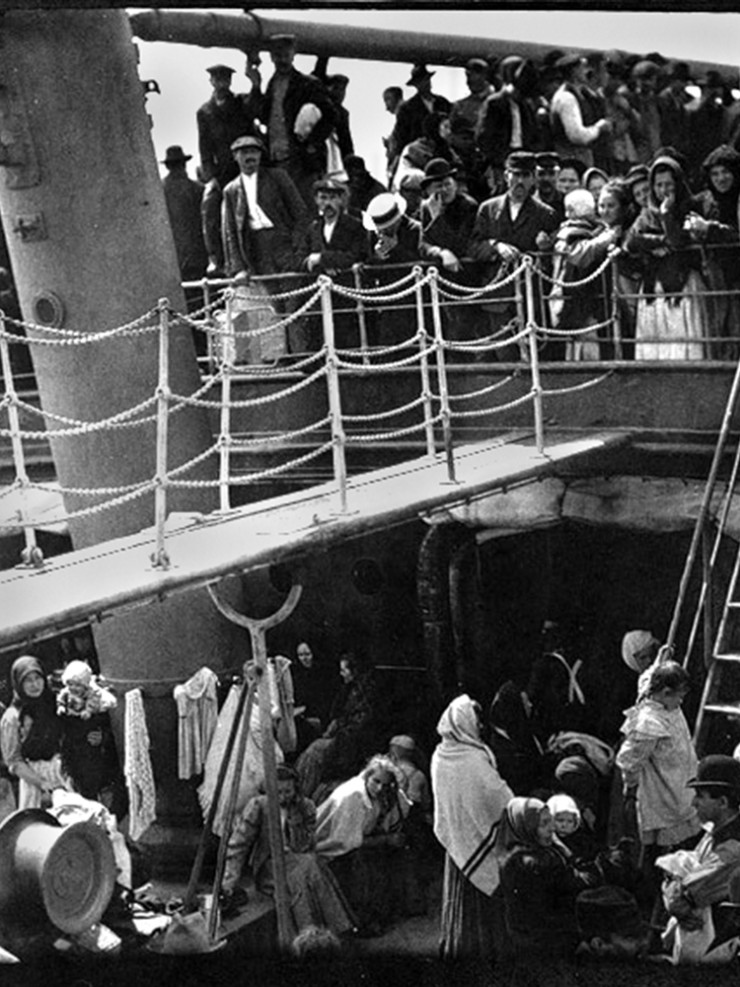 A MILESTONE OF PHOTOGRAPHY

Hailed as “one of the greatest photographs of all time,” The Steerage is both a formative document of its time and one of the first works of artistic modernism.   Stieglitz of course was the most prominent early champion of photography as fine art, but The Steerage represents a fundamental shift in Stieglitz’s thinking away from a pictorialist conception of photography. “You may call this a crowd of immigrants,” Stieglitz himself wrote about The Steerage, but “to me it is a study in mathematical lines, in balance, in a pattern of light and shade.”  Celebrated for its abstractionist exploration of shape, tone, and texture,  The Steerage is deemed one of the first proto-Cubist works of art.

The Steerage was photographed  in serendipitous circumstances and speaks to Stieglitz’s distinctive capacity to both recognize and capture the moment.  Taken in June 1907 aboard a passenger ship on which Stieglitz traveled to Europe, The Steerage was photographed when Stieglitz wandered off from his first-class section of the boat into its lowest-class “steerage” area.  Stieglitz was held “spellbound” by the scene he encountered – not only by its obvious humanity, but even more so by what Steiglitz himself called “a picture of shapes” –Stieglitz, in his own words, observing:

“A round straw hat, the funnel leading out, the stairway leaning right, the white drawbridge with its railings made of circular chains – white suspenders crossing on the back of a man in the steerage below, round shapes of iron machinery, a mast cutting into the sky, making a triangular shape.”

Sensing that the scene encaptured “the underlying feeling I had about life,” Stiegliz raced back to his room to get his camera (a hand-held 4 x 5 Auto-Graflex camera that used glass-plate negatives), and fortuitously the scene was unchanged in its fundamentals when he returned. Using the only prepared negative he had ready, Stieglitz snapped the shot. The plate was developed a week later in Paris at a local photographer’s home and kept in its original plate holder for protection until Stieglitz’s return to New York several weeks later.

Though Stieglitz later said he immediately recognized this image as “another milestone in photography … a step in my own evolution, a spontaneous discovery,” the photograph in fact languished in his portfolio for almost 3 years until the cubist painter  Max Weber came upon it and affirmed its aesthetic importance. (Some biographers say Stieglitz was distracted by the promise of color photography during the interim).   The photograph was subsequently published in the October 1911 issue of Camera Work and first exhibited publicly in 1913 at a show of Stieglitz’s photographs at his 291 gallery.

In 1915 Stieglitz devoted the entire double issue 7-8 of his art journal 291 to The Steerage, into which large photogravures of the photograph were loosely inlaid and for which  Paul Haviland and Marius de Zayas wrote commentary. Copies of the image were produced on both Imperial  Japon Vellum and  mounted tissue paper. The Steerage is the only photogravure ever to  appear in 291. 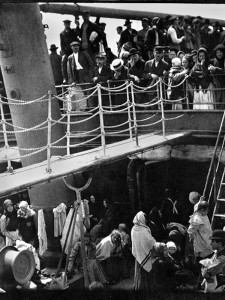