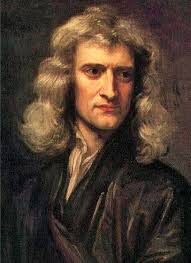 Newton’s “Key” is his set of notes on the seminal ideas in  Johannes de Monte-Snyder’s Commentatio de Pharmaco Catholico (1666), a text on the preparation of a universal solvent (the liquid form of the Philosopher’s Stone – here tacitly called “the universal medicine”). A  thorough and  proficient student of “chymistry” – a neologism scholars have coined to describe the singular fusion of chemistry and alchemy in the 17th century – Newton read everything, but favored little. Monte-Snyder, however, was one of the “elect,” and he was most highly esteemed by Newton for his excellence of thought and efficacious laboratory procedures.

The new scholarly paradigm of Isaac Newton increasingly evidences the integral linkage of Newton’s “chemical philosophy” and his “natural philosophy” (physics).  While some scholars have argued that Newton’s researches in chemical philosophy had an “enduring” and even formative influence on his natural philosophy — particularly on his concept of force — it is more truthful to say that the thought patterns of each field mutually fed and influenced the other. Newton pursued his chemical researches both before and after the Principia; and if the “active principles” of chemical philosophy may have stimulated his concept of force and gravity, it is also true to say that the “attractive force” of gravity directed his conclusions on chemical philosophy. We see the scientific fruit of this mutual intercourse in “De natura acidorum,” Newton’s sole lifetime published work on chemistry, where we observe “the transition from the alchemical concept of active principle to the Newtonian concept of attraction expressed in his own words.”

It is reasonable to assume that Monte-Snyder’s Commentatio significantly aided Newton  toward the development of  “De natura acidorum.” Newton’s chemical philosophy accounts “Sulfur” (and the acid it conceals) to be the ultimate causal agency in nature. But this is a generalized conclusion Newton could only have reached after much reading and directed first-hand experimentation. Manifold and varied discussions of “Sulfur” are to be found in “chymical” literature – and Newton undoubtedly read them all – but very few achieve the clarity and accuracy of Monte-Snyder’s Commentatio. Amidst the maze of distorted, conjectural, and even scurrilous, “sulfuric” reporting Newton encountered in his research, Monte-Snyder’s Commentatio shone with the light of a sure guide.

Newton’s interest in Monte-Snyder is well documented. (Cf., for example, BJT Dobbs’ The Foundations of Newton’s Alchemy, or ‘The Hunting of the Greene Lyon’.) Newton’s own printed copy of  the 1666 Commentatio is still extant (at Cambridge University), and by all evidences was heavily used by him. Two other Newton manuscripts directly relating to this text are known (one apparently a transcription of the entire text, the other a short commentary on the text); and the work is often further referenced by him in other of his manuscripts. The present manuscript represents the vital bridge stage of Newton’s intellectual assimilation of the text.

Almost all of Newton’s manuscripts are institutionalized. The present offering is accordingly A Very Rare Opportunity to acquire a significant and lengthy manuscript by “One of Humanity’s Supreme Geniuses.”