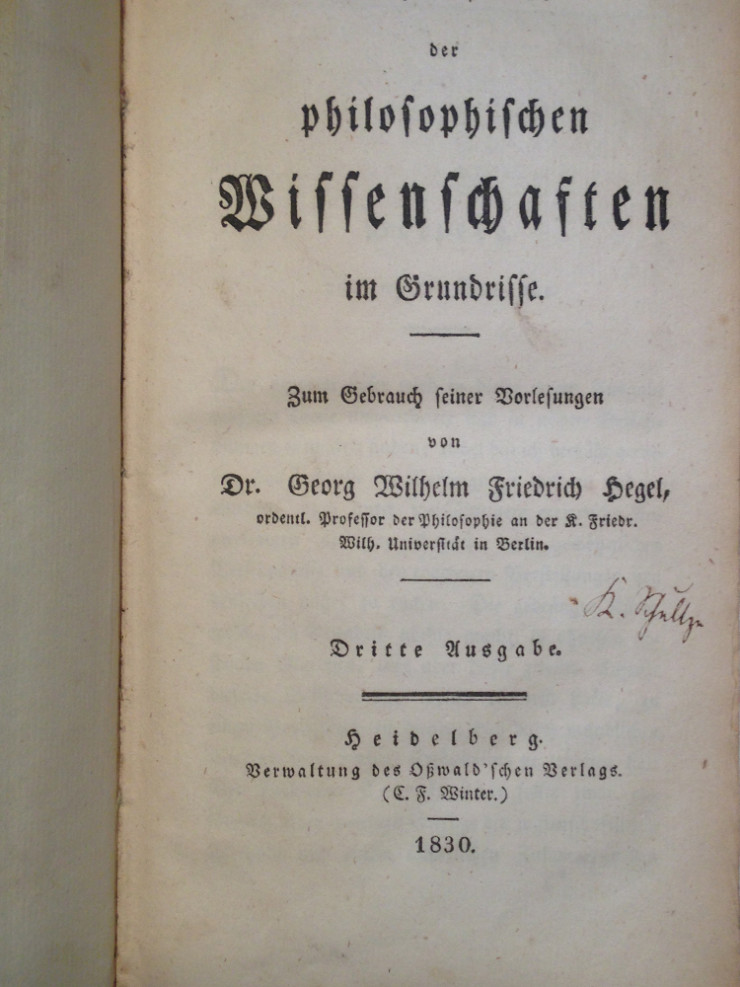 At once a philosopher of his own time and of all time, Hegel saw himself as the culmination of the philosophic project launched into history by the ancient Greeks. Notorious for his difficult  prose, Hegel’s philosophy has all too often been subjected to partial and sectarian interpretations which have tended to distort his thought and reputation. Hegel, however, was an original and originary thinker who viewed Philosophy as the dynamic self-clarification of Reason – ending and beginning in the Absolute Idea. A true “world spirit” synthesizing all previous thought — “the Aristotle of our post-Renaissance world” — Hegel in a final assessment must be seen as the last great universal philosopher.

The Encyclopedia was the third of Hegel’s major works. It encompasses the totality of Hegel’s philosophy in its three dialectically-related phases — Logic, Nature, Mind – and contains the most explicit formulation of his dialectical method and of the categorical system underlying his thought. Originally conceived as a textbook for use in Hegel’s university classroom (and written with a compactness of thought and language not elsewhere found in Hegel), it is the most accessible entrance to Hegel’s philosophy. The work went through three editions in Hegel’s lifetime and was revised with each succeeding edition. This third edition was Hegel’s last life-time published work. From a Hegelian perspective, this revised final edition of the text represents the highest statement of his philosophy.

The present is a highly significant presentation copy of the Encyclopedia. Philip Marheineke was Hegel’s colleague and “disciple” at the University of Berlin. A staunch promoter of Hegel’s thought, Marheineke was a prominent Protestant theologian who ultimately came to be regarded as the leader of the politically and religiously conservative “Hegelian Right” (vs the more reactive “Hegelian Left,” typified most famously by Engels and Marx); in his own particular sphere of influence, Marheineke sought to explain all orthodox doctrines of Church in terms of Hegel’s philosophy. After Hegel’s death,  Marheineke was a principal in the preservation and transmission of Hegel’s legacy: he co-edited Hegel’s collected works (in 18 volumes) from 1832 to 1845, which first brought into print all of Hegel’s famous lectures on Art,  History, Philosophy, and Religion (which Marheineke himself compiled).

Presentation copies of any Hegel text are of Utmost Rarity. 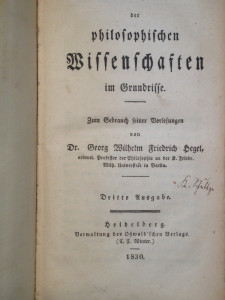 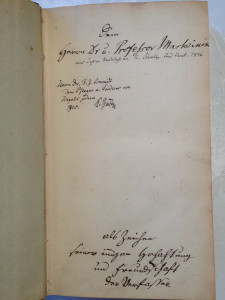